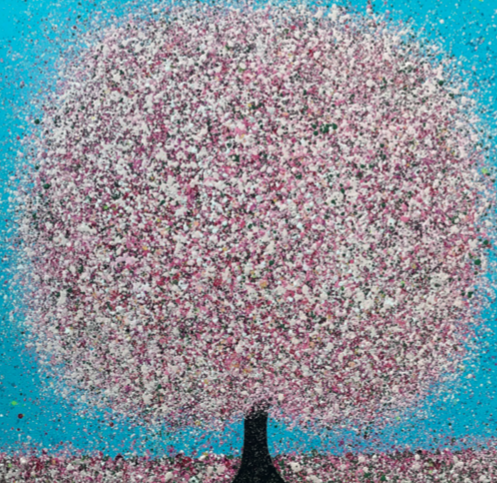 READ MORE ABOUT THE SUMMER CONFERENCE 2019 IN THE NETHERLANDS, AMSTERDAM/HAARLEM

Mysteries of the Soul 1: Living from a sense of unity

You have the right to be here, in this world. More than that: you must be here! And you can become transparent for the light of truth that glows imperishably. You can be renewed internally and experience great happiness. You can cooperate joyfully with the realisation of the divine plan of creation; however, for this purpose, you must first undergo a thorough transformation process.

Mysteries of the Soul 2: Transcending dualities

Man can be a living connection between the sensory world and the divine world if he crosses – in a symbolic sense – the water of the ever-changing world of forms.

Mysteries of the Soul 3: Connecting the three grades of the soul

The comparison with a candle flame is very striking, for the soul is often experienced as light or as a garment of light. In every human being the basic structure of the threefold soul is present within the human microcosm. This microcosm is now only partly vivified: the personality-soul is active and sometimes there are also influences from the soul, reflected in certain virtues like compassion, love, harmony in word and deed, mild patience and equanimity, for instance.

Mysteries of the Soul 4: Development in the four worlds

The pearl means the same thing as what other traditions refer to as the divine spark, the spirit-spark, the primordial atom, the rose or the lotus. This element is the high-energy spiritual core of the human system, of the microcosm.

Mysteries of the Soul 5: Controlling the five states of mind

Mysteries of the Soul 6: Renewal through the six emanations

Do not follow the footprints of the sages from the past, but search for what they sought. Nevertheless the process of spiritual transformation which you can undertake does have a universal structure. This structure can be found in, for example, the creation myth in the Bible.

Mysteries of the Soul 7: Using the seven golden keys

In order to reach liberation, the pupil of the soul must thus pass through the seven gates. Seven qualities of the spirit-soul must be developed.

Mysteries of the Soul 8: Conveying the eightfold path

Siddharta Gautama Buddha developed teachings containing the so-called eightfold path. It offers practical guidelines for pupils of the soul to follow the spiritual path, to live the teachings and to come to soul-realisation.

Mysteries of the Soul 9: Working with the nine spiritual gifts

Certain spiritual powers will develop in the pupil of the soul in whom a certain degree of renewal has been realised, especially one who endeavours to encourage others to also go the spiritual path.

Symbols of the Soul 1: The soul as a centre

It is possible to imagine the spiritual Sun as a sphere, with an omnipresent centre of which is everywhere and a nonexistent circumference. Obviously, this is hard to comprehend with your conventional mind. The spiritual Sun is everywhere, also in you, and its focal point can be spatially defined. It is in your heart, the centre of the human system that you live in, the microcosm, which reflects the macrocosm.

Symbols of the Soul 2: The soul as a tree

The tree of life is a blueprint for the divine creation plan and demonstrates how the divine light manifests itself step by step at all levels, as a bolt of lightning or a flaming sword. Whoever understands that blueprint, experiences it and consciously forms a part of it, will be recreated into a new man.

Symbols of the Soul 3: The soul as a flame

The tree of life is a blueprint for the divine creation plan and demonstrates how the divine light manifests itself step by step at all levels, as a bolt of lightning or a flaming sword. Whoever understands that blueprint, experiences it and consciously forms a part of it, will be recreated into a new man.

Symbols of the Soul 4: The soul as a  traveller

There may arrive a moment for a person when there is no great desire anymore for external traveling, but that his or her interest is mainly focused on the inner journey - on discovering and experiencing new regions in the domain of the soul. Great thinkers wrote and spoke about such an inner journey.

Symbols of the Soul 5: The soul as a castle

Consider the soul as resembling a castle, formed of a single diamond or a very transparent crystal, and containing many rooms, just as in heaven there are many mansions. What, do you imagine, must that dwelling be in which a King so mighty, so wise, and so pure, containing in Himself all good, can delight to rest? Nothing can be compared to the great beauty and capabilities of a soul; however keen our intellect may be, they are as unable to comprehend them as they are unable to comprehend God.

Symbols of the Soul 6: The soul as a creator

It is written about man that he was created in God’s image. God is the creator. Thus, it follows that man is a creator too. He is called to cooperate in the implementation of the divine creation plan. Such a true way of creating is, however, only possible if the personality-soul, the soul and the spirit-soul form a dynamic trinity.

Symbols of the Soul 7: The soul as a sevenfold being

Now humanity is ripe to call the soul into being and – on the basis of this soul’s development – vivify the spirit-soul out of the spirit-spark. J. van Rijckenborgh (1896-1968), one of the founders of the School of the Rosycross foresaw this and unfolded his vision on the subject in his book ‘The Christian Initiation Mystery – Dei Gloria Intacta’. In this book he describes the three seven-circles that man must pass through to be reborn as to the personality-soul, the soul and the spirit-soul.

Symbols of the Soul 8: The soul as mirror

Man is called a microcosm, that is: a small world, because the universe reflects itself within him. Reflection phenomena take place in all dimensions and at all levels of the universe. The moon reflects the light of the sun. The eyes of man reflect his mental and physical condition. The way in which we experience the world reflects our inner state. We do not see the world as it is, but as we are.

Symbols of the Soul 9: The soul as a world-worker

In autumn wild geese jointly travel to warmer areas, to spend the winter there. In the same way a spiritual group travels in the direction of the world of the soul. They are working on themselves, while maintaining their inspiration by exchanges within the group. Geese fly in a V-formation because every goose that flaps its wings thus creates an uplift for the birds that follow. By flying in a V-formation, the group only uses 72% of the energy that would be needed if the geese would fly on their own. Analogously, people who jointly go in a certain direction in group unity, will reach their goal earlier and easier, as they can use each other’s driving force.

SOURCE: MYSTERIES AND SYMBOLS OF THE SOUL