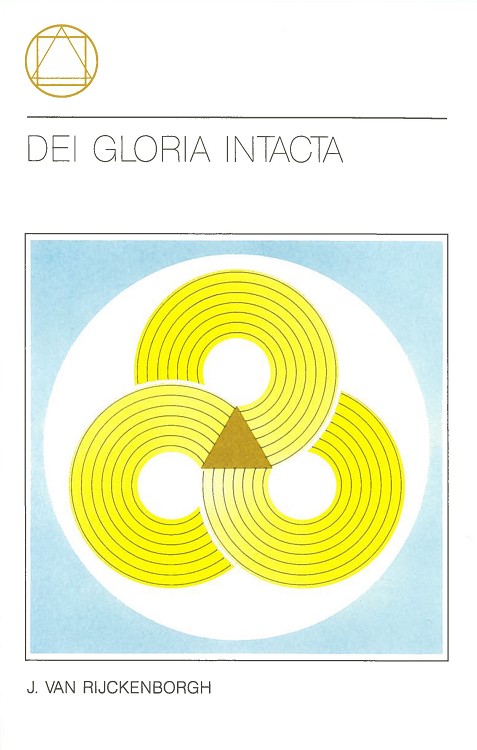 The nature of the soul and its calling must be thoroughly comprehended by the pupil and once again find recognition in his life, before he can meet the soul of the heavenly man. The threefold concept ‘spirit, soul, and body’ will be familiar tot every student from the communications contained in sacred books. He must realize however, that this designation of the threefold man applies only to a man as he ought to be!

In regard to the dialectic man, man in his present state, there is no longer any question of an immortal soul and, consequently, of a true binding with the spirit! It is precisely for the purpose of coming to restoration of the true human state that the Redemptive Mysteries of Living Christianity have been given to mankind. Only after the tri-unity ‘Spirit, soul asnd body’ has been restored in principle by way of the fundamental reversal can the labor of the first Sevencircle come to development.

Between the above-mentioned three aspects of man, although they merge, there is nevertheless a sharp distinction. In reflecting upon the bodily figure , as the key to the human being, one discovers that, through all ages, it has been regarded as a sevenfold manifestation. - One distinguishes the gross material aspect, maintained by ether forces, stirred by the dynamic power of the aural sphere , and guided by the mind, and by a threefold focus of the ego in the bodily figure.- The threefold focus, the mind, the aural forces, the vital forces of the ethers and the material structure together form the bodily figure, and the spirit and the soul are to be totally differentiated from this sevenfold bodily figure.

Consequentley, this vital principle is the controlling and equiibrating substance of our manifestation; it animates and restrains, entirely in accordance with the qualities and potentialities of the person concerned. This life principle, which manifests itself in al its aspects as ‘light’, is not simply a vibrating power cloud, but proves itself to have a shining ‘life’ of its own, to be an intelligent conscious soul, or soul figure.

All suggestions from the spirit are transformed by this soul figure, this controlling, equilibrating, and eventually moderating vital fluid were not present, one single suggestion of the spirit, in the present state of human life, would be sufficient to immediately and totally break up and destroy the bodily figure. All restrains would fall away, and the bodily figure would be consumed within a very short time, in consequence of the violent spiritual aspects.

Therefore, that life principle, that soul, can be proclaimed a blessing, but also a punishment because man can only react to the call of the spirit in so far as the quality of the life principle enables him to do so. So that, when it becomes apparent that a man is unable to react from within the call of the spirit by virtue of his state of being, it will become a necessity for him to regenerate his being and to adopt ways and means by which his soul can be redeemed, and obstacles on the path might be removed.

The soul figure, as the mediator between the spirit and the bodily figure, is designated in all Holy Scriptures as the soul, the soul which ensouls the body and, in turn, is ignited by the spirit. The soul is the shining ‘revealer’ of the invisible spirit.

Considered from its gross material aspect, this wondrous soul is identified with the blood; seen in connection with the ether forces, the soul is designated as the nerve fluid; conceived in relation to its activity with the aural forces, the soul represents the aural light radiations; in conjunction with thing, the soul is spoken of as thinking substance; and finally, when the pupil regards the meeting of the soul with the foci of the spirit, there is the spirit-fire.

All these differentiations of the great life principle, the soul, which entirely prevades the bodily figure, are combined in common parlance under the appelation ‘the blood’.

When the esoteric mystic, conversant with these things, speaks of the blood, he has in mind that the wondrous and individualized life principle to whisch Goethe referred in his familiar statement: ‘the blood is a very peculiar fluid!’ 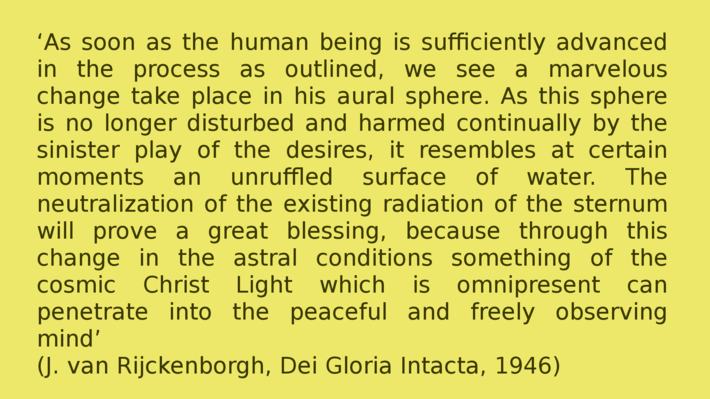